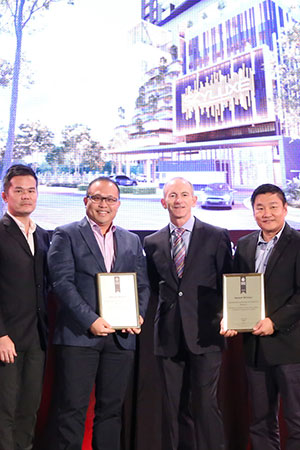 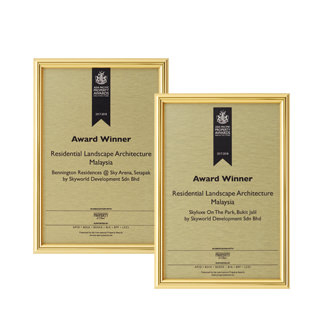 Founded since 1995, the International Property Awards is hailed as the pioneer and most prestigious property awards in the Asia Pacific, United States and the European region. Held at the Marriott Marquis Queen’s Park Bangkok, the International Property Awards (“IPA”) bestowed SkyLuxe On The Park @ Bukit Jalil and Bennington Residences @ SkyArena, Setapak as the Best Regional Landscape Architecture in Asia Pacific. IPA was judged by an independent panel of 70 industry experts, with a focus on design, quality, service, innovation, originality, and commitment to sustainability. The judging panel was chaired by Lord Caithness, Lord Best, The Earl of Liverpool, and Lord Thurso, members of the House of Lords in the UK Parliament. SkyWorld’s two signature developments shined over 100 participants in Malaysia and competed with over 900 entries spread across the Asia Pacific region. Both SkyLuxe On The Park & Bennington Residences excelled in terms of strong architectural landscaping concept, complemented by innovative green features. Both developments are also compliance with GBI and QLASSIC/CONQUAS quality.