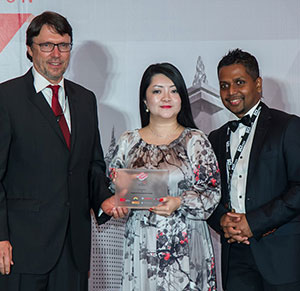 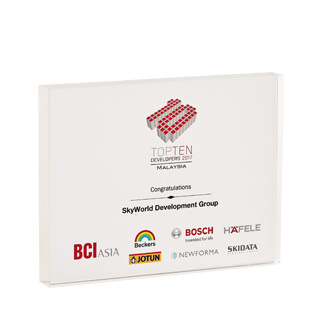 SkyWorld was honoured to be ranked Top 10 Developers (green & sustainable) at the prestigious BCI Asia Top 10 Developers in Malaysia. Held at the Hilton Kuala Lumpur, the BCI Asia Top 10 has grown over the years to become one of the highly coveted architectural awards in Asia. It is a prestigious label of excellence that recognises the top 10 leading design and development enterprises that have made the greatest contribution to the green and sustainable developments in Malaysia. SkyWorld was applauded and recognised for its outstanding efforts in developing products that are compliance with quality such as the QLASSIC/CONQUAS, its green initiatives compliance with Green Building Index as well as its beautiful yet practical landscaping concept for its SkyLuxe On The Park & Bennington Residences developments.